3D Printing and Orthopaedic Impairment: What does the future hold?

“If you can’t fly, then run
If you can’t run, then walk,
If you can’t walk, then crawl
But whatever you do,
You have to keep moving forward.”
-Martin Luther King Jr.

What do you think makes man the most biologically superior species on the Earth? Is it just the brain and the cranial capacity? Being on the highest rung of taxonomical classification, homo sapiens are not just supremely intelligent, they are also highly mobile.
Mobility, or locomotion is a characteristic of man that allows him to optimize his intellectual potential. His desires are endless and he is not wired to stay static. Even the thought of staying at one place can send shivers run down one’s spine. However, life is anything but rosy. There are unfortunate times in people’s lives, and some strokes of fate are indeed cruel. Disability has low levels of acceptance in the society that we inhabit, and a massive percentage of the differently abled suffer from locomotory problems.
Despite all odds, the world still has Waylon Jennings who took to music post the trauma of an amputated foot. Frida Kahlo underwent a complicated surgery that developed into gangrene. Art and humour became her respite after the emotional turmoil she had to go through. Jim Abbott, Ted Kennedy Jr., Oscar Pistorius, Jerry Garcia are various other examples who did not consider losing a limb as a death sentence. With the help of prosthetics and orthotics, their iron will enabled them to etch their names in history.

Prosthetics and orthotics can be considered as remarkable specialities in the field of healthcare technology. A prosthetic is an artificially designed, externally placed device to replace a limb that is either absent or partially or wholly deficient.
An orthotic, on the other hand is an external device designed to  introduce certain modifications in the structural or functional aspects of skeletal and neuromuscular system.
A prosthetic or orthotic is a lifeguard for a person with disability. It allows them to live a healthy and dignified life, full of energy, vigour and acceptance, a life in which there is no room for self depreciation or self pity.
A single visit to the orthopaedic department of a government healthcare facility is sure to provide us with deep insights on the use of P&O. As much as losing a limb can be a person’s nightmare, it is indeed a reality for some. It would be an exaggeration to say that an externally used equipment will be just the same as a person’s natural body part. Despite that, there’s no denying that P&O have revolutionized the health care sector by giving a ray of hope to those who have to go through such tragic events.

How are prosthetics designed conventionally?

The uniqueness of existence lies in the simple fact that every single human is exponentially different from another being. Our individuality sets us apart from all others, which also means that every person has a different set of needs to be addressed.
Taking these individual needs into consideration becomes particularly important in matters concerning one’s health. As far as Prosthetics and Orthotics are concerned, a detailed assessment is firstly carried out to determine a person’s needs and his body’s functions such as sensitivity, development of muscles, degree of motion, stability of the joints etc.
Conventionally, practitioners choose an appropriate material that provides maximum durability and function. Measurements are taken, impressions and templates are developed so that the device fits better and gives minimal discomfort. The biggest challenge obviously is to mentally prepare the patient to accept the change that his body is about to go through. Then, the Prosthetic is assembled and properly aligned, with utmost care and correctness.
As limbs vary greatly in shapes and sizes, it becomes a challenging task to replicate the exact curves, angles and planes. Prosthetics and Orthotics designed in a conventional manner involve the construction of physical and experimental models to get the optimum cosmetic shape. The shape is cast using a corrected impression taken from a living model. However, it is daunting to find a suitable, living model that can match the required attributes. With some technological improvements, techniques have been developed to make adjustments in the original impression, which has almost eliminated the need of finding models. Size changes are made using solvent extracts. The moulds are repeatedly cut and corrected, till a final casting is obtained.

3D printing - A breakthrough in the field of Prosthetics and Orthotics

It is indeed a rewarding experience to watch a loved one regain his mobility and confidence after an unfortunate loss of limb. But, technology expands like the universe after Big Bang. The possibilities of improvisation are infinite, and the newer ones that come up with time are often revolutionary. 3D printing, a nascent stage technology, employs a different way to transform digital models into physical three dimensional objects. It finds a plethora of applications spanning across all walks of life and healthcare and medicine, particularly the field of P&O is certainly no exception. This novel technology is a breakthrough to speed up surgical processes, replace human organ transplants, produce cheaper surgical tools, and of course, to improve the lives of those reliant on prosthetic limbs. 3D printing can be used to manufacture prosthetic limbs, that can be customised to suit the needs of the wearer. Not only is this entire process much speedier, but also enhances the quality of life without burning a hole in one’s pocket. 3D designed prosthetics have a much higher degree of precision and cater to individual needs, thereby significantly enhancing the comfort. One can even choose colours and styles to fit his/her needs. Traditionally, prosthetics are made using materials such as polyethylene and acrylics. Their internal structure or pylon is composed of aluminium, titanium or similar lightweight materials. 3D prosthetics are made using acrylonitrile butadiene styrene plastics or bridge nylon. They too are extremely compatible with other materials such as titanium to increase the strength and durability. As the average lifespan of prosthetics is around five years, people who lose their limbs at an early age may need to get new devices installed frequently, and multiple times in their lives. For the sake of comparison, a traditionally made prosthetic can cost anywhere between $1500 to $8000, while a 3D designed prosthetic will cost as little as $50. It is perhaps true that professionals have achieved high levels of accuracy and perfection in the designing of traditional prosthetics. Yet, 3D prosthetics hold a promising future for amputees who do not possess the income required to make prosthetic purchases. No one deserves to be impaired, especially when alternatives to avert the disability are readily available, at extremely affordable prices. So, you never have to believe that there’s quitting or stopping in life, because we can always help you move on. Let us know your specifications, and get the quote for your prosthetic. 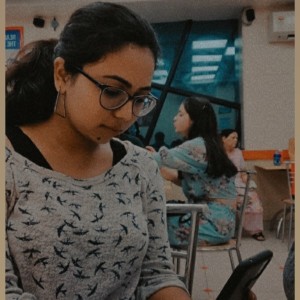 A literature enthusiast. Loves reading and resorts to writing as a medium of expression.